With such a inventive approach to framed wall art, Consecrea’s biggest problem was translating its visual brand into a story, a narrative that best represented them.

Consecrea began with the intention of carving out its own niche in the e-commerce industry.

As with everything done for the first time, it came with its own unique challenges:

What was the best way to tell the Consecrea story? How would we connect with an audience not expecting this kind of product?

What content would best match the idea of modern spirituality? How would the content direction and topic ideation be influenced by Consecrea’s major themes?

As a newly-launched project, Consecrea wanted to consistently publish high-quality articles that matched their business persona, while trying to build relationships with artists, expand their art database, and focus on creating key partnerships with influencers.

There was too much they needed to do to hit the ground running and struggled with the desire to scale ASAP and the concern that no one else could write their content as well as them.

One of their biggest challenges was executing the content with nuance: they wanted to engage readers in a modern way, while toeing the line between artistic expression and religious appropriation.

It was a tricky balance, but miraculously, our art history and spirituality writers pulled through.

“We spent weeks looking for the right agency to help us out. After going through maybe a dozen exploratory calls with digital marketing and branding agencies, I remember throwing my hands up and just thinking that I’d have to write the content myself. Then we found an agency that called themselves content storytellers: Writrly. They understood what we were looking for immediately, sent a test article, and we haven’t looked back since.”

We launched two content streams:
Vellum — the blog for interesting, engaging showcases of modern spirituality and experiences.
Community Stories — to bring the artists’ stories and personal spiritualities closer to their audience.

Consecrea didn’t just want a blog — they wanted to produce content that was represented the same playfulness, creativity, and meticulousness that went into their own art curation.

Joseph’s initial goal was to find a team he could reliably assign creative briefs to week after week. He explicitly looked for writers who had a personal relationship with spirituality so they could best represent the brand and the content they were writing.

What he found was something better. We specifically trained in-house writers to write niche, eclectic topics with the same finese Joseph was looking for. Now he had writers who could write with the same passion and curiosity, across any and all expressions of faith and spirituality.

After just three months of working together, his Content Chief, having been familiar with Joseph’s preferences and feedback, surprised him with ten titles to choose from. That’s when the real magic started to happen.

“I don’t really think of Writrly as a third-party these days. They’re our go-to team for any kind of content we need. They fit our team like a glove” 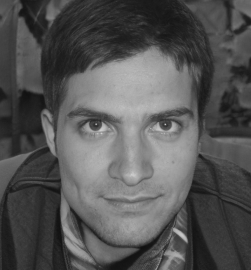 The ten titles were a hit with Joseph strict editorial guidelines, and became a part of Conserea’s content pipeline. Not soon after, Joseph was able to completely offload his content management responsibilities and focus on what he’d actually rather do.

With Writrly in the picture, Joseph no longer had to:

Deep dive for cool and interesting things to publish

Interview partnered artists to have their feature on the site

WE’RE TRIED AND TESTED - NO LEAP OF FAITH NEEDED

Get Samples
View Pricing
Talk To A Human

Tell the right story with the best people.

Grow your brand more effectively and become a name your customer's won't forget with steady content that stands out from the noise.
Request your free content consultation with a Writrly content strategist and learn exactly how our team can help you create better content today.